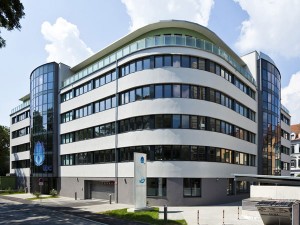 Austria’s largest cable operator UPC Austria will take 11 new HD channels on board its line-up on 20 May, 2014.

In addition to the 10 additions announced in April 2014, the new services include ARD’s digital channel EinsFestival HD on which the German public broadcaster will transmit some of the games of the upcoming FIFA Football World Cup 2014.

Fellow public broadcaster ZDF will outsource some World Cup matches to digital channel ZDFinfo which UPC Austria will also add in HD quality to its offering. The Liberty Global subsidiary thereby ensures that viewers will be able to watch all 64 World Cup games transmitted live by ARD and ZDF in HD quality.

UPC Austria customers will then be able to receive up to 72 HD channels (including Sky Deutschland).

Wi-Fi 6 and Wi-Fi 6E client devices are entering the home in an unprecedented way, surpassing 50% market share since their introduction in 2019 (compared to four years for Wi-Fi 5). … END_OF_DOCUMENT_TOKEN_TO_BE_REPLACED