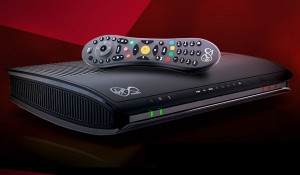 Rovi Corporation had issued proceedings against Virgin Media alleging infringement of two patents relating to the ability of customers to conceal chosen channels on the EPG and operation of the “backwards EPG” linking to various content.

Rovi claim that Virgin have infringed two patents belonging to Rovi (“the Patents”):

The UK High Court  found both patents invalid and that the Virgin Media TiVo box would not infringe in any event.

This follows previous findings of invalidity in relation to three other Rovi patents by the Court in proceedings with Virgin Media in 2011 and final revocation of another Rovi patent in the European Patent Office this month, terminating Rovi’s claim on that patent.

Brigitte Trafford, chief corporate affairs officer at Virgin Media, said: “Of the five Rovi patents to reach judgment, all five have been found invalid by the Court. We’re pleased the Court has dismissed Rovi’s claims. We believe they should never have been brought.”

Samir Armaly, executive vice president of worldwide intellectual property and licensing for Rovi said its patent portfolio was as “strong as ever” and that it had several other patents pending against Virgin Media.

“We respectfully, but strongly, disagree with this decision and will be reviewing the options available to us on appeal. Rovi has successfully licensed other services like the one at issue in this case with leading companies throughout the world.  In fact, the TiVo service that is being utilized by Virgin Media is currently licensed under the Rovi patent portfolio in the United States.”

Rovi has lost a number of actions brought against both Virgin Media and the Dutch operator Ziggo.

Wi-Fi 6 and Wi-Fi 6E client devices are entering the home in an unprecedented way, surpassing 50% market share since their introduction in 2019 (compared to four years for Wi-Fi 5). … END_OF_DOCUMENT_TOKEN_TO_BE_REPLACED