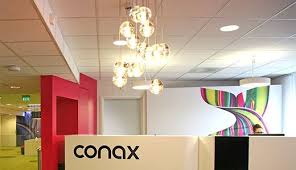 The Kudelski Group has signed a definitive agreement to acquire Conax AS from Telenor Broadcast Holding AS.

The transaction is expected to close within ten days. The net purchase price is approximately CHF200 million (NOK1,509 million or €164 million).

“The Conax operation has been very successful with a strong track record of international growth and high profitability,” commented Patrik Hofbauer, SVP & CEO of Telenor Broadcast.

“However, as competition increases and new technologies emerge, achieving global scale and enhancing market share will be key determinants of future success. To support Conax and jointly pursue future growth opportunities we have evaluated that the best way forward for Conax is with a new owner, Kudelski Group is a leading security player within the industry”.

“We are very pleased to welcome the Conax team to the Kudelski Group,” said André Kudelski, chairman and CEO of the Kudelski Group. “Their geographic footprint and solution portfolio are complementary to Nagra. With this acquisition, we further expand our customer portfolio in Asia, Latin America, Eastern Europe and Scandinavia.”

Kudelski said in a statement tht Conax’s customer base will benefit from the Kudelski Group’s broad portfolio of best-in-class products, including its next-generation OpenTV5 middleware, multiscreen/OTT solutions and SmarDTV’s advanced conditional access modules.

In 2013, Conax had revenues of NOK627 million, EBITDA of NOK243 million and CAPEX of NOK44 million. The transaction is expected to be finalised in April 2014, and Telenor will report a gain of approximately NOK1.3 billion.

Wi-Fi 6 and Wi-Fi 6E client devices are entering the home in an unprecedented way, surpassing 50% market share since their introduction in 2019 (compared to four years for Wi-Fi 5). … END_OF_DOCUMENT_TOKEN_TO_BE_REPLACED