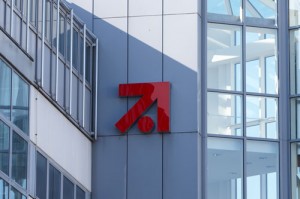 “2013 was a very successful year for ProSiebenSat.1, both from a financial and strategic perspective. We achieved a new record for revenues and earnings, launched two free TV stations, built on our leading position in the audience and advertising market and increased our distribution revenues further,” said Thomas Ebeling, CEO of the ProSiebenSat.1 Group, in a statement.

“Our Digital & Adjacent segment grew strongly with a 45 % increase in revenues. ProSiebenSat.1 is right on track, both in terms of its operations and strategy. We have set ourselves a new growth target for 2018. Compared to 2012, we want to realize additional revenues of EUR1 billion. ProSiebenSat.1 is one of Europe’s largest independent media companies and has attractive content and platforms which allow it to reach millions of people. The combination of the two provides us with opportunities that are available to almost no other company. We are therefore in an excellent position to continue the growth story of the ProSiebenSat.1 Group.”

Wi-Fi 6 and Wi-Fi 6E client devices are entering the home in an unprecedented way, surpassing 50% market share since their introduction in 2019 (compared to four years for Wi-Fi 5). … END_OF_DOCUMENT_TOKEN_TO_BE_REPLACED