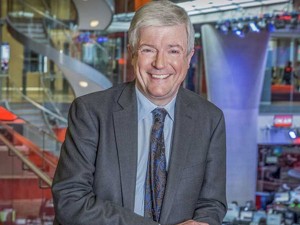 BBC director-general Tony Hall has called for the BBC Licence Fee to include viewing of content through the BBC iPlayer. In a speech to the Oxford Media Convention Lord Hall said that one of the advantages of the Licence Fee was how it had adapted over the years.

“It started as a radio licence. Then TV. Then colour TV. And then the relatively simple change to the regulations in 2004 to cover the consumption of live TV on new devices such as computers. When it’s adapted itself so well over the decades, why would you suddenly give it up?

“When and how best to take the next step is, of course, a matter for the Government. Our view is that there is room for modernisation so that the fee applies to the consumption of BBC TV programmes, whether live on BBC One or on-demand via BBC iPlayer”.

There are an estimated 500,000 viewers that watch the BBC catch-up service through computers and other devices that have no television, and under current rules are not required to hold a licence.

Funding for the BBC is an ongoing sore, it is dropping daytime news summaries on BBC One and will not be commissioning any new daytime programming for BBC Two. At the same time there is pressure from third parties for the Licence Fee to be ‘top-sliced’, offering funding to other broadcasters.

“Is it necessary to sustain plurality?” Argued Lord Hall. “ITV has just agreed new 10-year licences with its national and regional news commitments intact, despite no public money. Channel 4 has announced a record level of investment in original UK content. Is it a good use of scarce resources? There’s a clear risk of public funding substituting for activity that would have happened anyway.”

Lord Hall said support for the Licence fee remained at 53% per cent – way ahead of subscription on 17% and advertising on 26%. I was the top choice for funding the BBC across all ages, all socio-economic groups irrespective of whether the viewer is in a Freeview, Sky or Virgin household.

Wi-Fi 6 and Wi-Fi 6E client devices are entering the home in an unprecedented way, surpassing 50% market share since their introduction in 2019 (compared to four years for Wi-Fi 5). … END_OF_DOCUMENT_TOKEN_TO_BE_REPLACED