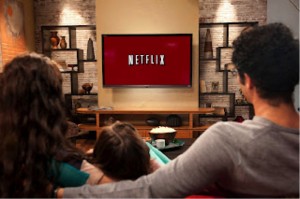 Netflix has no plans to introduce advertising and is at the same time is reluctant to provide specifics about what it terms are its “substantial” expansion plans in Europe for later this year.

Speaking in a conference call accompanying the company’s latest set of results, Netflix CEO Reed Hastings said that it remains committed to retaining its ad-free model, for at least the next two years.

Asked for more details about what Netflix terms “a substantial European expansion” later this year and rumours that this may include France and Germany, Hastings refused to be drawn on specifics.

However, he added that, “what we’ve seen in the UK is that there can be very strong players like the BBc iPlayer, Lovefilm and Sky and we can still build a very successful business.”

Asked about STB integrations in Europe, Hastings spoke positively about the Virgin Media/TiVo arrangement and said this could be replicated to other markets Netflix operates in.

However, he refused to confirm whether Netflix in the UK had yet reached profitability.

Netflix as a whole ended 2013 with over 44 million members and expects the total to rise to 48 million this quarter.

Its total net income in Q4 was $48 million – a figure it expects to match this quarter.

Commenting on the performance of its European operations, the company said: “We’re making great progress internationally, with strong member growth and contribution profit/loss improving sequentially in all of our markets (with the exception of the Netherlands as it had its first full quarter of operations and thus loss in Q4). We saw healthy growth in net additions of 1.74 million in Q4 to end the year at 10.93 million members, slightly above our guidance. As anticipated, Q4 net additions were down slightly from the prior year Q4, as we launched four Nordic markets in Q4 2012 versus the relatively smaller Netherlands launch in Q3 2013.”

Regarding its substantial European expansion, it added: “Our success this year in international net additions and shrinking contribution losses confirms our belief that there is a big international opportunity for Netflix.”

The company has also started to advertise a number of jobs for its yet to be opened office in Amsterdam. Netflix is recruiting a team of eight people, mainly for legal, marketing and PR including a Senior Manager Europe Media.

Wi-Fi 6 and Wi-Fi 6E client devices are entering the home in an unprecedented way, surpassing 50% market share since their introduction in 2019 (compared to four years for Wi-Fi 5). … END_OF_DOCUMENT_TOKEN_TO_BE_REPLACED