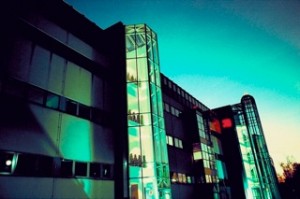 KKR and Permira sold a total of 36.3 million shares of ProSiebenSat.1 Media, by way of an accelerated book building to institutional investors. The share sale is the final exit step of the former majority shareholders who had started their investment in the media company in December 2006. Following the transaction, KKR and Permira Funds will have no further stakes in ProSiebenSat.1.

Dr. Jörg Rockenhäuser, head of Permira in Germany and member of ProSiebenSat.1’s supervisory board said in a statement: “ProSiebenSat.1’s performance speaks for itself. The company has significantly increased its EBITDA over the past seven years and also repositioned itself as a digital powerhouse under the leadership of CEO Thomas Ebeling. As a result ProSiebenSat.1 is a leading media group in Europe today and well positioned to capture future growth opportunities in the digital age.”

Wi-Fi 6 and Wi-Fi 6E client devices are entering the home in an unprecedented way, surpassing 50% market share since their introduction in 2019 (compared to four years for Wi-Fi 5). … END_OF_DOCUMENT_TOKEN_TO_BE_REPLACED