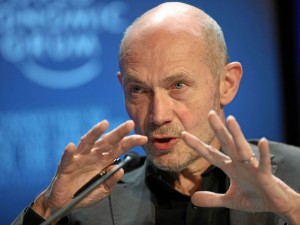 Digital Commissioner Neelie Kroes has named Pascal Lamy to lead a new advisory group into the future use of UHF spectrum for TV and wireless broadband.

“I expect these discussions to be quite challenging. Nobody will get everything they want, but I am confident that, based on an open discussion and a willingness to engage at the strategic level, we can deliver a coherent vision for Europe,” said Lamy, who is also a former head of the World Trade Organisation.

The advice of the High Level Group will help the Commission develop, in cooperation with Member States, a long-term strategic and regulatory policy on the future use of the entire UHF band (470-790 MHz), including possibilities for sharing parts of the band.

Kroes said: “The TV viewing habits of young people bear no resemblance to that of my generation. The rules need to catch-up in a way that delivers more and better television and more and better broadband. Current spectrum assignments won’t support consumer habits of the future – based on huge amounts of audiovisual consumption through broadband and IPTV.”

Wi-Fi 6 and Wi-Fi 6E client devices are entering the home in an unprecedented way, surpassing 50% market share since their introduction in 2019 (compared to four years for Wi-Fi 5). … END_OF_DOCUMENT_TOKEN_TO_BE_REPLACED