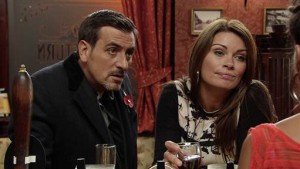 Irish broadcaster TV3 is planning a campaign that will oppose the launch in the Irish Republic of UTV, the ITV station that broadcasts from Belfast.

The Sunday Times says TV3 has already approached the Broadcasting Authority of Ireland (BAI) with concerns over UTV’s application for an Irish licence. TV3 says the channel should be regarded as an opt-out channel and as such covered by the UK regulator Ofcom.

While an increasing number of UK channels, including Channel 4, E4, Sky Sports and Nickelodeon feature advertising windows in the Irish market it is the first time a dedicated channel has been established south of the border.

Key to the channel is an agreement with ITV Studios Global Entertainment, which will give UTV the exclusive broadcasting rights for ITV Studios programmes for the Republic of Ireland audience, including popular soaps Coronation Street and Emmerdale from early 2015.

Wi-Fi 6 and Wi-Fi 6E client devices are entering the home in an unprecedented way, surpassing 50% market share since their introduction in 2019 (compared to four years for Wi-Fi 5). … END_OF_DOCUMENT_TOKEN_TO_BE_REPLACED