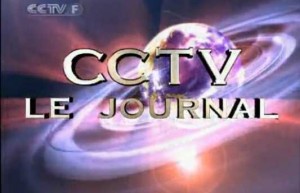 Under the latest agreement, Globecast will deliver CCTV-français, the network’s French-language channel, on the SES-4 platform to West African viewers as part of Canalsat, a package of more than 130 channels, radio stations, and services.

Canalsat is operated by Canal+ Afrique, the leading pay-TV bouquet for the region. Globecast is providing a complete solution to bring the CCTV channels to the point of uplink, including contribution, encryption, and encoding.

“SES-4 and the Canalsat bouquet are the ideal vehicles for CCTV to reach a large new audience of African viewers in more than 20 countries,” said Philippe Fort, CCO, Globecast. “The new contract builds on our strong and ongoing relationship with CCTV to offer French-speaking viewers in Africa the best in high-quality international content.”

With a global reach of more than a billion viewers, CCTV currently delivers seven of its 30 channels throughout Europe and Africa via Globecast platforms. In addition to CCTV-français, CCTV recently moved four free-to-air channels for the African market to Globecast’s SES-5 platform.

Wi-Fi 6 and Wi-Fi 6E client devices are entering the home in an unprecedented way, surpassing 50% market share since their introduction in 2019 (compared to four years for Wi-Fi 5). … END_OF_DOCUMENT_TOKEN_TO_BE_REPLACED