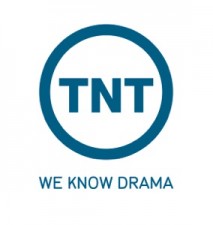 Turner Broadcasting Systems has decided to pull TNT Benelux from the Dutch language market in Holland and Belgium.

The channel will cease broadcasting on December 31, 2013. The move follows a similar decision to discontinue TCM – Tuner Classic Movies– in the Benelux.

TNT is now available on a few platforms in both SD and HD, in Belgium on Telenet and in th Netherlands on KPN, Glashart Media and SKV (Stichting Kabel Veendam).

TNT was first launched in Belgium on Telenet in April 2012. The channel, which has the strapline We Know Drama, was launched with one of the most successful YouTibe virals ever (see video below).

Earlier this year, Turner Broadcasting sealed a deal with Dutch KPN, which launched the channel on January 24, 2013, as the first Dutch provider, later followed by Glashart and SKV. However, the broadcaster never achieved carriage on Ziggo and UPC, the two largest cable operators in Holland.

In April 2012 TNT Benelux launched first on Telenet in Belgium. The launch campaign was kicked off with an extremely successful YouTube viral, Dramatic Surprise on a Quiet Square, which racked up more than 49 million views.

The decision to end TNT Benelux will not impact other versions of TNT, which are available across Europe.

Wi-Fi 6 and Wi-Fi 6E client devices are entering the home in an unprecedented way, surpassing 50% market share since their introduction in 2019 (compared to four years for Wi-Fi 5). … END_OF_DOCUMENT_TOKEN_TO_BE_REPLACED