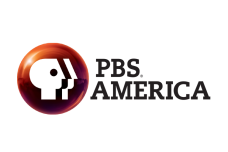 PBS America is looking to expand its distribution outside the UK and Ireland.

The UK broadcaster, which specialises in documentaries from US public broadcaster PBS, has started talking to operators in the Benelux, including Telenet, UPC, Ziggo, KPN and others.

PBS America has hired Linda Brouwers of VCI Media to negotiate carriage deals with the various distribution platforms in the Netherlands and Belgium.

The channel hopes to build on its successful two years in the UK and is looking to make a dedicated feed for the low countries with Dutch subtitles.

Programming will mainly consist of US made documentaries including the Nova science series, Frontline, Martin Scorsese’s Blues and others.

For the moment, the daily US news programme Newshour is not carried in Europe due to time differences and the need to edit the newscast to comply with European regulation: the original broadcast contains sponsor messages, which are not allowed in newscasts in Europe.

In the US, PBS is funded by public donations as well as government grants. In Europe, PBS America is paid out of advertising and carriage fees.

The plan to launch the channel in the Netherlands was initiated by Amsterdam based US documentary filmmaker Daniel Hart and Dutch journalist Bernard Hammelburg.

Talks are in a very early stage and no firm commitments were made.

The UK PBS channel is a joint venture between Canadian-born entrepreneur and venture philanthropist, David Lyons, and PBS Distribution (PBSd), which holds the international rights to the majority of PBS’s programming.

Wi-Fi 6 and Wi-Fi 6E client devices are entering the home in an unprecedented way, surpassing 50% market share since their introduction in 2019 (compared to four years for Wi-Fi 5). … END_OF_DOCUMENT_TOKEN_TO_BE_REPLACED