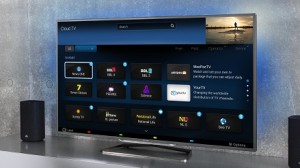 During a presentation at this year’s IFA in Berlin TP Vision CEO Maarten de Vries announced Philips TV 3.0, which will offer users from all Philips smart TVs from 2012 onwards with a number of cloud services.

The Cloud TV app is an over-the-top service, which will give access to hundreds of TV channels, which people can search and sort by favourite and themes.

“We have seamlessly integrated cloud services into our Philips Smart TV platform. Users can now benefit from an even wider selection of TV services and overcome the selected choice of cable TV services,” according to Albert Mombarg, head of Smart TV.

Cloud Explorer is a storage solution for personal homes videos, music and pictures. The media will be stored in the cloud (on Dropbox) and can be accessed on the big screen as well as easily shared with others.

The new Coud Explorer app is immediately available via dedicated apps in many countries in Europe and in Russia as of now.

Broadband TV View. Streaming live TV channels to smart TV sets and adding cloud based storage of personal media is another step in the inevitable processes of making set-top boxes superfluous and threatening the business models of traditional platforms such as cable, IPTV and satellite operators.

Most consumers will want to have a single TV set with a single remote control and not be bothered with different boxes for different purposes. This latest development in smart TV is the way forward to offer viewers such convenience.

Of course some adventurous platforms are already experimenting with STB-less solution, such as TeliaSonera and Samsung, who showed an IPTV service directly connected to the TV set, at last year’s IBC and which is actually in place using an app on the Samsung set.

Another example is the Cloud TV service from Dutch cable operator Ziggo, which still requires a simple cable tuner, but which can be easily moved towards a smart TV set. The operator already has 150,000 users. And Liberty Global’s Mike Fries said the company’s Horizon platform will also be taken to the cloud.

And just two days ago, Deutsche Telkom’s T-Labs has demoed its development of a virtual set-top box.

Wi-Fi 6 and Wi-Fi 6E client devices are entering the home in an unprecedented way, surpassing 50% market share since their introduction in 2019 (compared to four years for Wi-Fi 5). … END_OF_DOCUMENT_TOKEN_TO_BE_REPLACED