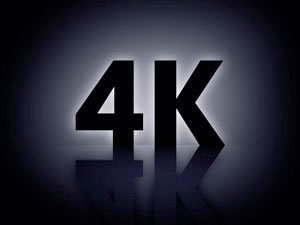 4K still has a two to three year incubation period ahead before it starts to break through from 2015 onwards.

However, according to new research from Futuresource Consulting, it is already making its presence known and is on track to become a significant technology segment.

Sales will be boosted from 2015 onwards by the arrival of native 4K content and increased consumer awareness.

Although China is currently at the forefront of 4K rollout, driven by relatively low-priced sets from its major domestic brands, Futuresource expects most global TV brands to launch a range of 4K TVs by the end of this year, with North America tipped to be a key market due to strong consumer appetite for large screens.

According to Simon Bryant, head of consumer electronics at Futuresource, “LCD TV panel manufacturers and premium TV brands have been looking for the next hot trigger to accelerate flat panel replacement. 3D in the home was an attempt to achieve this and it has yet to become the solid success that many had hoped for.

“4K represents a more natural progression for the industry, but one that brings its own challenges, not least the intricacies of producing 4K panels at high yield rates and the complexities of delivering the bandwidth-hungry content. Substantial compression improvements provided by the HEVC codec will smooth the way for broadcast, and although the real-time encoding required for live transmission is still embryonic, solutions are being trialled and evaluated.”

Looking at the global TV market as a whole, Futuresource says it will return to growth in 2013 after shipments fell by 6% last year, with growth continuing until 2017. By then, annual shipments will exceed 270 million units, with emerging markets accounting for 67% of the total.

Wi-Fi 6 and Wi-Fi 6E client devices are entering the home in an unprecedented way, surpassing 50% market share since their introduction in 2019 (compared to four years for Wi-Fi 5). … END_OF_DOCUMENT_TOKEN_TO_BE_REPLACED