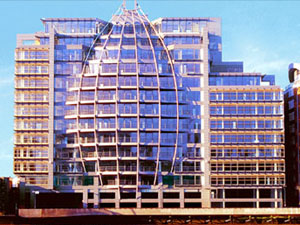 Ofcom has confirmed the award of a new HD multiplex that is likely to deliver up to ten channels in the high definition format.

Following the award to transmission company Arqiva – the only bidder for the capacity – the BBC has announced the launch of five new HD channels (see separate story).

The first channels could go live before the end of the year.

The capacity at 600MHz has been curated following the clearance of analogue channels as part of the digital switchover process. It has been awarded on an interim basis for a period of five years.

Charles Constable, Managing Director of Arqiva’s Digital Platforms division, said: “We are delighted to have been awarded this new licence. It will enable us to add a much broader range of HD services to Freeview, helping it remain the UK’s most popular way to watch television.

In a consultation prior to the award a number of respondents queried the award and its effect on Ofcom’s ability to initiate any clearance of the 700MHz band. Broadcasters and regulators alike believe the next ITU World Radiocommunication Conference (WRC-15) could see a reduction in the amount of broadcast spectrum allocated.

Ofcom says the most proportionate way to address this issue is to add a clause in the licence that will allow us to vary or substitute the frequencies awarded in the 600 MHz band, as necessary, ahead of the end of 2018 in order to facilitate any transition of DTT from the 700 MHz spectrum.

To avoid a potential data ‘capacity crunch’ and protect the long-term future of the DTT platform, Ofcom last year proposed to reserve the 600 MHz band for DTT. This could facilitate the possible future use of the 700MHz band, currently occupied by DTT, for mobile broadband services.

Wi-Fi 6 and Wi-Fi 6E client devices are entering the home in an unprecedented way, surpassing 50% market share since their introduction in 2019 (compared to four years for Wi-Fi 5). … END_OF_DOCUMENT_TOKEN_TO_BE_REPLACED