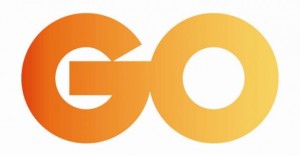 The Maltese incumbent telco GO has secured the exclusive rights to a total of 380 Barclays Premier League matches a year for the coming three seasons.

They include live, delayed and repeat transmissions in English and Maltese on GO sports channels and over both DTT and IPTV platforms.

They also include live transmission of selected matches to be made in Maltese over GO sports channels on the move and over tablets and laptops – a new service which the company plans to launch in the near future.

GO holds a growing portfolio of sports rights. In the case of football, they include the UEFA Champions League, Serie A and Ligue 1, all until 2015.

Commenting on the Premier League deal, Yiannos Michaelidis, GO’s CEO, said: “GO’s TV venture, which took off in 2007, is a truly outstanding success story especially when considering that today we serve almost 70,000 homes with quality television entertainment. Securing premium content such as the Barclays Premier League is only a small part of the company’s strategic capital investment which is simply aimed at giving more to our customers”.

Premier League chief executive, Richard Scudamore, added: ?“GO has been a Premier League rights holder for several years and has a track-record of delivering excellent coverage to our fans in Malta.

??“We are pleased they have again chosen to invest in the Premier League and look forward to working with them for the next three seasons.”
GO’s main competitor in the provision of TV and broadband services in Malta is Melita, the country’s only cable operator.

Wi-Fi 6 and Wi-Fi 6E client devices are entering the home in an unprecedented way, surpassing 50% market share since their introduction in 2019 (compared to four years for Wi-Fi 5). … END_OF_DOCUMENT_TOKEN_TO_BE_REPLACED