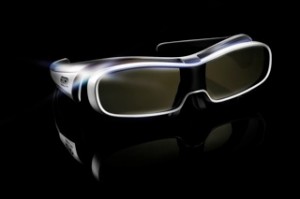 The BBC is to take a three-year holiday from the development of 3D programming with the corporation’s head of 3D admitting the UK public had not taken to the format.

Kim Shillinglaw used an interview with the Radio Times to explain there would be a three-year gap in the BBC’s 3D project once the current two year trial comes to an end later this year.

“Watching 3D is quite a hassly experience in the home. You have got to find your glasses before switching on the TV. I think when people watch TV they concentrate in a different way. When people go to the cinema they go and are used to doing one thing – I think that’s one of the reasons that take up of 3DTV has been disappointing.”

As it stands it looks as if this weekend’s Wimbledon tennis finals and the Doctor Who 50th anniversary special in the autumn will be the BBC’s last stereoscopic productions. A couple of other projects are also under development.

“After that we will see what happens when the recession ends and there may be more take up of sets but I think the BBC will be having a wait and see. It’s the right time for a good old pause,” said Shillinglaw.

Last month football’s governing body FIFA said it was reconsidering plans to video the next World Cup in the 3D format and US sports broadcaster ESPN said it would shutter its own 3D channel later this year.

Wi-Fi 6 and Wi-Fi 6E client devices are entering the home in an unprecedented way, surpassing 50% market share since their introduction in 2019 (compared to four years for Wi-Fi 5). … END_OF_DOCUMENT_TOKEN_TO_BE_REPLACED