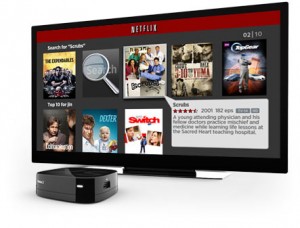 An administrative judge at the US International Trade Commission has ruled that Netflix and Roku did not infringe patents held by Rovi covering technology for interactive programme guides.

Rovi filed a complaint with the ITC in April 2012, targeting Netflix, Mitsubishi, LG Electronics, Roku and Vizio. A number of these companies have settled with Rovi, but Netflix and Roku did not sign licencing agreements.

“While we are disappointed in the initial determination of no infringement and expect to exercise our right to petition the full Commission of the ITC for a review of this decision, we are pleased that the majority of the patents involved were confirmed valid,” said Samir Armaly, EVP, worldwide intellectual property and licensing, Rovi, in a statement.

“As with any patent litigation issue, the determination made by the ITC is unique to the products of the parties involved, and is not broadly applicable. We will continue to seek to license companies to the technologies that we’ve developed and to protect our intellectual property from unlicensed use, including in the pending federal district court action against Netflix, in which certain issues required in the ITC are not part of Rovi’s case.”

Netflix commented that it was “pleased with the initial determination and looks forward to the full commission confirming it.”

A copy of the official notice can be found on the ITC website.

Wi-Fi 6 and Wi-Fi 6E client devices are entering the home in an unprecedented way, surpassing 50% market share since their introduction in 2019 (compared to four years for Wi-Fi 5). … END_OF_DOCUMENT_TOKEN_TO_BE_REPLACED