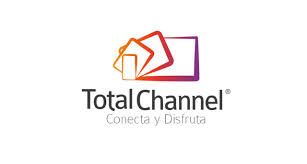 The Spanish over-the-top (OTT) pay-TV platform TotalChannel has made its debut.

The service is available for €9.99 a month, without any minimum term or termination fees. It does not require decoders and can be viewed on up to five different devices both from and outside the home.

TotalChannel was founded in February 2012 as InOutTV’s subsidiary for the development of the OTT television service.

It was acquired nine months later by Nora Proyectos and is headed by Eudald Domenech and Carmen Fernandez Tallón.

Wi-Fi 6 and Wi-Fi 6E client devices are entering the home in an unprecedented way, surpassing 50% market share since their introduction in 2019 (compared to four years for Wi-Fi 5). … END_OF_DOCUMENT_TOKEN_TO_BE_REPLACED