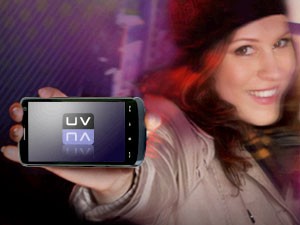 Discussion about UltraViolet came to the fore at this year’s PEVE Entertainment conference, held at the British Museum in London.

It began with a keynote presentation by Jim Underwood, executive VP, Worldwide Digital and Commercial Strategy, Sony Pictures Home Entertainment, in which he touched on the licensing system during an overview of the entertainment market.

That market, it has to be said, is not performing as well as many would have hoped, with worldwide consumer spend falling steadily from $55 billion in 2005 to $44.2 billion last year.

However, the picture is more complex than may at first appear, with declines noticeable in some markets (Nordics, UK and France), stagnation in others (Germany and Belgium) and growth in at least one instance (US).

Satisfying consumers comes down to eliminating the technical barriers to adoption; innovation; and price. Ultimately, what they want is to “buy once, play anywhere.”

From an industry perspective, this is where UltraViolet, which provides purchasers of packaged media a lifetime licence to view their product electronically, comes in.

It was left to Mark Teitell, general manager and executive director Digital Entertainment Content System (DECE), to provide a full overview of the system, where it currently stands and – even more importantly – is now heading.

Ultraviolet has made huge strides in the US, where eight retailers, including the likes of Walmart (who have indeed showed great enthusiasm from the onset) now offer over 9,000 titles from seven Hollywood studios and two other major content owners.

All told, there are already over 12 million account holders in the country.

UltraViolet has also taken off in neighbouring Canada, where 4,000 titles have been made available in a short time.

The licensing system made its debut in the UK in December 2011 and is now already used by the BBC, Sony, 20th Century Fox, Universal and Warner Bros.

Furthermore, as both Underwood and Teitell revealed, it will next be launched in France and Germany at the end of September, with other West European, French and German-speaking countries set to follow.

DECE has 85 member companies, a number of whom, including the BBC, LoveFilm, Tesco, Sky and FilmFlex, are in the UK. Given that over 50 licences have so far been issued for over 120 UltraViolet titles, and the system is used on at least 200 million devices in the US alone, the body can with some justification feel that huge progress has been made in the last few years.

However, it was left to another speaker at the conference – Ian Lewis, director of Sky Movies and Sky Box Office, BSkyB – to provide a different, and indeed more critical assessment of the licensing system.

In a Q&A session following his presentation, he said that it was “no different to anything happening in the market over the years”.

He added that while the EST market should be of interest to everyone and “we are interested in how the market is developing”, in the case of UltraViolet “I don’t think it’s quite there yet.”

Lewis went on to say that UltraViolet is quite complicated and needs to be more customer-focused.

Clearly these are still early days for UltraViolet and the next year or two – especially the rollouts in mainland Europe – are likely to be critical to its development and long-term future.

Wi-Fi 6 and Wi-Fi 6E client devices are entering the home in an unprecedented way, surpassing 50% market share since their introduction in 2019 (compared to four years for Wi-Fi 5). … END_OF_DOCUMENT_TOKEN_TO_BE_REPLACED