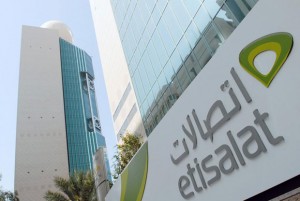 Euronews is now available to 450,000 new households in the United Arab Emirates after its launch on Etisalat’s cable and IPTV offer.

Following this agreement, Euronews is now connected to 18 million households in the Middle East.

“I’m delighted to announce our launch in the region with such a key partner as Etisalat,” said Arnaud Verlhac, deputy director of worldwide distribution, in a statement.

“I’m confident that Euronews’ powerful brand and its unique coverage of world events will quickly impress the audience. Thanks to Etisalat’s offer, the channel is available 24/7 in Arabic, but also in nine other language options for its international customers, including expatriates who constitute 38% of the channel’s Middle East audience».

Wi-Fi 6 and Wi-Fi 6E client devices are entering the home in an unprecedented way, surpassing 50% market share since their introduction in 2019 (compared to four years for Wi-Fi 5). … END_OF_DOCUMENT_TOKEN_TO_BE_REPLACED