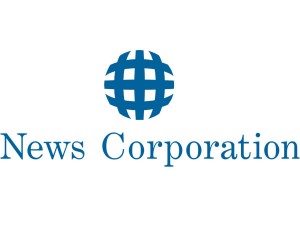 News Corp chief operating officer Chase Carey has given a strong indication that the company will return to the possibility of building or disposing of its stake in BSkyB.

“We’ve made a determination today that we are going to stay the course. Our focus in the short-term is to make sure we continue to make that business as strong as it can be,” Carey told an investor call following News Corp’s results for the December quarter. “There are things we could do to capture more value out of the business, but we want to wrestle with those carefully.”

News Corp’s bid to take control of BSkyB was derailed in the wake of the UK newspaper phone-hacking scandal.

On the call, News Corp executive James Murdoch brushed off the possibility of the renewed hostilities between the Murdoch family and John Malone, the chairman of Liberty Global, following the purchase of UK cablenet Virgin Media.

“Across Europe, particularly in Ireland and in Germany, we compete with as well as work with Liberty Global. In Germany Liberty Global, through Unity and KBW, distribute a lot of our programming for Sky Deutschland, and in Ireland, Sky and Liberty have been competing for some time”.

In Italy, Sky Italia reported a quarterly loss of $20 million from the $6 million profit of 2011. The DTH operation has been hit by an increase in rights costs of $30 million across the UEFA Champions and Europa League.

Although corresponding revenue was in line it had been hit by a subscriber fall of 28,000, taking the total down to 4.83 million.

Wi-Fi 6 and Wi-Fi 6E client devices are entering the home in an unprecedented way, surpassing 50% market share since their introduction in 2019 (compared to four years for Wi-Fi 5). … END_OF_DOCUMENT_TOKEN_TO_BE_REPLACED