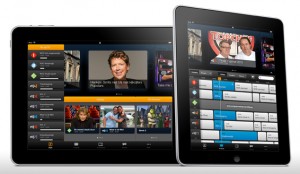 The Court of The Hague has ruled in favour of Dutch cable operator Ziggo and rejected a claim by Rovi about infringement of its patent rights.

Starsight Telecast Inc and Rovi Guides Inc launched proceedings against Ziggo with regards to “systems and methods for providing television schedule information” claiming the operator is infringing their patent with the Ziggo App for tablets (iPad and Android).

However, the Court ruled that the patent does not meet requirements of innovation and is void under Dutch patent law.

According to Rovi, the main advantage of its system is the fact that users do not have to search the internet to find relevant television schedule information, but will find this in one place using their invention.

Ziggo argued that at the time of patent registration it was already possible to do this using the Australian TV Guide, a searchable online television programme guide.

The Court ruled that the patent is void in The Netherlands and dismissed Rovi’s claima against Ziggo. The plaintiffs are ordered to pay €200,000 in legal costs to Ziggo as compensation for their costs.

In July 2011, Rovi also lost a case brought against Ziggo after a Dutch court ruled a patent used in the cablenet’s electronic programme guide to be invalid in the Netherlands.

Earlier this year, Rovi said it expects a fall in revenues of around $20 million after it experienced delays in adding new patent licences to service operators in Europe and in the US around the TV Everywhere concept.

A transcript (in Dutch only) of the ruling can be downloaded from the Broadband TV News website (PDF courtesy of Boek9.nl)

Wi-Fi 6 and Wi-Fi 6E client devices are entering the home in an unprecedented way, surpassing 50% market share since their introduction in 2019 (compared to four years for Wi-Fi 5). … END_OF_DOCUMENT_TOKEN_TO_BE_REPLACED