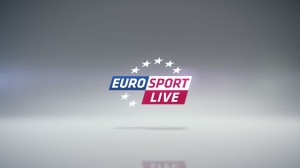 Discovery Communications could eventually take full control of the Eurosport group under proposals drawn up by TF1 CEO Nonce Paolini.

The board of directors at the French commercial network have agreed Paolini finalise negotiations with Discovery. The proposal is that Discovery would take a 20% minority interest in the Eurosport group, which comprises both Eurosport International and Eurosport France for €170 million.

TF1 has granted Discovery an option to raise its interest to 51% in two years time. If Discovery were to exercise its option, TF1 could then play its own put option over the remaining 49%, which would increase Discovery’s ownership to 100%.

As well as Eurosport, Discovery would also become a shareholder in the TV Breizh, Ushuaia TV and Stylia channels. An initial 20% for €14 million could lead to a 49% share.

The channels that focus their output around documentaries, magazine and current affairs channels are prime Discovery territory.

Employee representatives are to hold discussions with management on the proposals with a decision said to be weeks away.

Wi-Fi 6 and Wi-Fi 6E client devices are entering the home in an unprecedented way, surpassing 50% market share since their introduction in 2019 (compared to four years for Wi-Fi 5). … END_OF_DOCUMENT_TOKEN_TO_BE_REPLACED