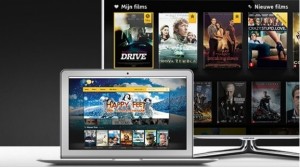 The Dutch VOD service Pathé Thuis said it has reached 125,000 accounts within twelve months of service and delivered 1.3 million streams.

The VOD portal, which is available on internet, on laptops and smart TV’s from Samsung, Philips and LG, now offers a total of 850 titles and claims to be the ‘fastest growing VOD portal’ in the country,

On the occasion of its first anniversary, the VOD service, owned by the Pathé cinema chain, released some statistics.

Of all users of the service, 47% are also a regular visitors to Pathé cinemas.

The portal plans to launch the service on iPad, Android and Xbox during 2013.

Wi-Fi 6 and Wi-Fi 6E client devices are entering the home in an unprecedented way, surpassing 50% market share since their introduction in 2019 (compared to four years for Wi-Fi 5). … END_OF_DOCUMENT_TOKEN_TO_BE_REPLACED