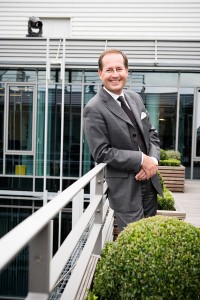 Led by The Association of Commercial Television in Europe (ACT) and the sales house organization egta, a website has been created where a string of European personalities give their view on the medium. It is one where the news is firmly at ten (or eight o’clock).

Philippe Delusinne, ACT President & CEO of RTL Belgium commented: “In the digital era, while we offer our professional content on multiple screens, linear TV remains the leading medium. Television is an instantaneous and effective communications medium, and this position comes with certain responsibilities to society.”

Heikki Rotko, egta President & CEO of MTV Oy Finland added: “The digital “r-evolution” has allowed television to free itself from the constraints of time and space and to travel seamlessly from the living room to a multitude of screens, offering viewers of all ages, genders and nationalities a renewed and much richer experience around content and information when and wherever they want.”

However, the final word should go to Sir Martin Sorrell, CEO, WPP: “TV is the most generous medium. It even seems to benefit its competitors.”

Wi-Fi 6 and Wi-Fi 6E client devices are entering the home in an unprecedented way, surpassing 50% market share since their introduction in 2019 (compared to four years for Wi-Fi 5). … END_OF_DOCUMENT_TOKEN_TO_BE_REPLACED