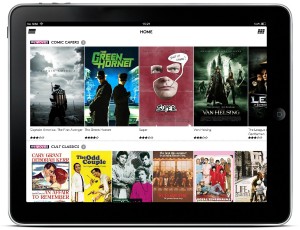 BSkyB has removed the pay-per-view elements from its Now TV online streaming platform.

In an email to registrants, Now TV said the “Pay & Play” movies had been taken off the service for a short time while improvements were made. The note said it intended to restore the service next year.

A spokesman for Now TV told Broadband TV News that some changes would be made in the way the movies are presented.

Customers who had downloaded a movie in recent days, but had not yet watched it, would have the standard 28-day viewing period in which to watch the movie.

Now TV was launched in July, taking advantage of rights assigned to Sky Movies, giving it an earlier window than competitors Netflix and Lovefilm, though at a higher pricepoint.

It is available on the PC, Mac, iPhone, iPad, an X-box app and significantly YouView.

Wi-Fi 6 and Wi-Fi 6E client devices are entering the home in an unprecedented way, surpassing 50% market share since their introduction in 2019 (compared to four years for Wi-Fi 5). … END_OF_DOCUMENT_TOKEN_TO_BE_REPLACED