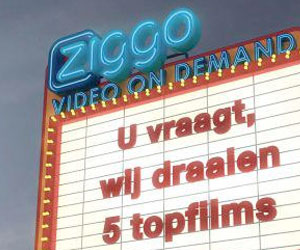 After easing off the All-in-1 campaign during the summer, new marketing activities began in September with a focus on the fourth quarter.

“As marketing activities during the summer period tend to be less effective, we reduced our efforts during the third quarter and started an All-in-1 bundle campaign in September with an emphasis on the fourth quarter,” explained Ziggo CEO Bernard Dijkhuizen. “At the same time, we saw an increase in competition which, in combination with lower marketing efforts, has resulted in a more moderate growth of our All-in-1 bundle subscriptions.”

Digital TV continues to enjoy growth with an annual increase in VOD transactions of 140%.

Wi-Fi 6 and Wi-Fi 6E client devices are entering the home in an unprecedented way, surpassing 50% market share since their introduction in 2019 (compared to four years for Wi-Fi 5). … END_OF_DOCUMENT_TOKEN_TO_BE_REPLACED