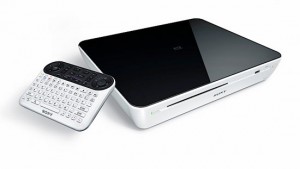 WATCH VIDEO. Next week, Sony will officially introduce the Sony Internet Player NSZ-GS7 with Google TV on the European continent.

The stand-alone network player will be followed this autumn by Blu-ray Disc player (NSZ-GP9). The news was first announced in June.

The suggested retail price for the player is €200, while the BD player will set consumers back around €300.

Via Google Play owners of the two new devices will be able to access a number of apps including YouTube and Twitter. At launch, between 120 and 200 different apps will be available including Google’s own music service and YouTube.

Watch the video from Sony introducing the Sony Internet Player with Google TV.

Wi-Fi 6 and Wi-Fi 6E client devices are entering the home in an unprecedented way, surpassing 50% market share since their introduction in 2019 (compared to four years for Wi-Fi 5). … END_OF_DOCUMENT_TOKEN_TO_BE_REPLACED