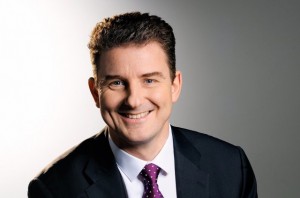 It is not known how much Australia’s Colonial First State asset manager paid TDF for Digita, but some estimate suggest a value in the region of €400 million.

TDF is itself backed by the private equity groups AXA, Charterhouse and TPG.

Olivier Huart, CEO of TDF, said: “We are very pleased to have reached an agreement with First State Investments. We are proud that under TDF’s ownership Digita has been a pioneer in developing and adapting new broadcasting technologies for the benefit of the end-users. Furthermore, we believe that under First State Investments’ ownership Digita will continue to be well-positioned to further develop as Finland’s leading broadcast network.”

TDF plans to concentrate on its two largest markets of France and Germany.

The transaction is subject to the approvals of the Finnish Ministry of Employment and Economy and the Finnish Council of State.

Wi-Fi 6 and Wi-Fi 6E client devices are entering the home in an unprecedented way, surpassing 50% market share since their introduction in 2019 (compared to four years for Wi-Fi 5). … END_OF_DOCUMENT_TOKEN_TO_BE_REPLACED