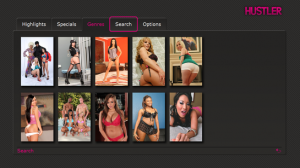 Samsung, LG and Sony do not wish to work with the adult business for the moment, according to one provider of such entertainment.

The news comes at the time that the first adult smart TV apps are appearing on connected sets.

Meanwhile, Paris-based Marc Dorcel said they will work with Phillips and Toshiba in August.

Apart from three major CE manufacturers staying away from adult content, there is also the issue of regulation of adult content in various countries.

For instance, the two apps on the Philips smart TV sets will not become available in Germany and Turkey. But apparently, they will be accessible in the UK, opening the door for more explicit content.

In the UK, the two major platforms, Virgin and Sky, only offer soft adult content, although legally they could distribute and sell more explicit channels that are licensed in another European country such as the Netherlands.

Wi-Fi 6 and Wi-Fi 6E client devices are entering the home in an unprecedented way, surpassing 50% market share since their introduction in 2019 (compared to four years for Wi-Fi 5). … END_OF_DOCUMENT_TOKEN_TO_BE_REPLACED