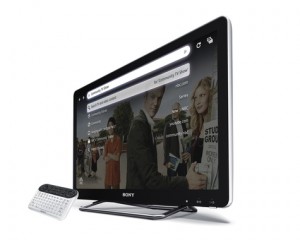 Sony is bringing Google TV to Europe and the world with two stand-alone products, a network media player (NSZ-GS7) and a Blu-ray Disc player (NSZ-GP9).

The UK is the first territory where the media network player will become available in July, to be followed in August by Canada, Australia, France, Germany, the Netherlands, Brasil and Mexico. Suggested retail price for the device is EUR200.

The Blu-ray Disc player will first be introduced in the US in August, to be followed by Canada, the UK, France, Germany and the Netherlands in October with a suggested retail price of EUR300.

Via Google Play owners of the two new devices will be able to access a number of apps including YouTube and Twitter. At launch, between 120 and 200 different apps will be available including Google’s own music service and YouTube.

So far, there is little European content available on Google TV, with TV3 – Televisió de Catalunya being the first Spanish TV station to go on Google TV.

Sony first showed the US versions of the two devices last January at the CES in Las Vegas.

Wi-Fi 6 and Wi-Fi 6E client devices are entering the home in an unprecedented way, surpassing 50% market share since their introduction in 2019 (compared to four years for Wi-Fi 5). … END_OF_DOCUMENT_TOKEN_TO_BE_REPLACED