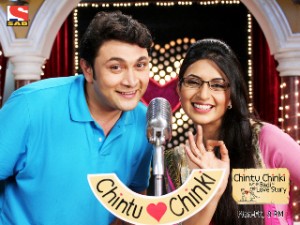 Sony Entertainment Network (SEN) has announced the addition of its family channel, Sony SAB, to the Freesat DTH satellite platform.

Sony SAB, with its blend of comedy programming and movies, officially went free to air on satellite (Sky) at the beginning of June, having served as a pay-TV subscription channel since its launch in the UK in 2008.

SEN has now expanded its availability of Sony SAB to join Freesat on channel 660, the first (and currently only) position in the international section of the Freesat EPG.

“We are excited to announce the launch of Sony SAB on Freesat, the fastest growing TV platform in the UK, as it allows our viewers even more ways to access the award winning comedy channel,” said SEN’s European Business head, Tony Lit.

“Sony SAB is a true family entertainment channel which offers programming to the South Asian population in the UK which is not to be found on any other channel or network. With this launch, we are taking the next step in expanding the availability of our network of channels, with much more to come.”

Hindi entertainment channel Sony SAB, is now available in more than 13 million homes on free-to-air satellite in the UK via Sky channel 816 and Freesat channel 660.

Wi-Fi 6 and Wi-Fi 6E client devices are entering the home in an unprecedented way, surpassing 50% market share since their introduction in 2019 (compared to four years for Wi-Fi 5). … END_OF_DOCUMENT_TOKEN_TO_BE_REPLACED