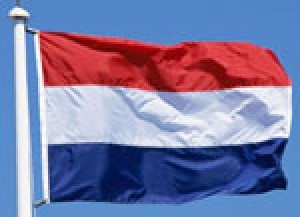 The Dutch broadband market grew by almost 48,500 connections, or 0.8%, during the first quarter of 2012 to a total 6.43 million lines, according to the latest research from Telecompaper.

A 2.1% quarterly decrease in DSL connections to 3.21 million was offset by 2.8% growth in cable broadband connections during the quarter, to 2.86 million. The number of FTTH/B connections also grew by almost 13% during Q1, giving it a 5.5% market share.

KPN, including its XS4All and Telfort brands, was still the largest broadband provider in the Netherlands with a 39.1% market share at the end of March 2012, after losing 0.8% points over the previous 12 months.

Telecompaper forecasts growth of 2.9% in the broadband market over the full year 2012, led by continued growth in cable and fibre. Fibre is expected to grow more than 35%, and cable growth should reach more than 6%.

Growth in 2012 will be driven by more operators offering triple-play packages via multiple networks, the market researcher expects. Tele2 and T-Mobile Online are expected to follow KPN and its brands and Vodafone and introduce services over FTTH networks.

The market will also see an increased focus on broadband plus video packages, including broadcast TV as well as OTT video services.

Wi-Fi 6 and Wi-Fi 6E client devices are entering the home in an unprecedented way, surpassing 50% market share since their introduction in 2019 (compared to four years for Wi-Fi 5). … END_OF_DOCUMENT_TOKEN_TO_BE_REPLACED