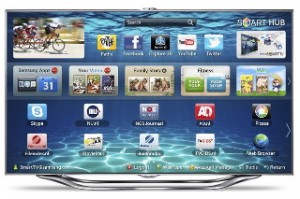 Only half of those who purchase a smart TV actually know what it does, while a quarter never actually connect it to the internet, according to worrying research from pollsters YouGov.

In a survey of the UK’s TV trends, only 37% of those planning to buy a new TV said that the ability to connect it to the internet was a part of their decision-making. The most common reason was simply to have a more up to date TV.

The most important feature of Smart TVs amongst people who already own one is the picture quality (cited by 96% of owners) followed by the size of the screen (93%) then sound quality (89%).

Dan Brilot, YouGov’s Media Consulting Director, likened the trend to people buying HDTVs – many of which couldn’t actually receive a single HD channel without a single source attached. “I think many early adopters of Smart TV are buying them for the sake of owning the latest gadget. We see the profile (in terms of tech adoption) as very similar between iPad and Smart TV owners at the moment. These are the kind of people who are willing to make a big ticket purchase without quite realising what they’ve bought.”

Over one quarter (26%) say they plan to buy an Apple TV, though it is not clear if this refers to Apple’s ‘experimental’ set-top or the unannounced TV display. Apple is also seen as the most stylish and innovative Smart TV brand; LG is seen as representing the best value for money while Hitachi is seen as the most outdated.

Wi-Fi 6 and Wi-Fi 6E client devices are entering the home in an unprecedented way, surpassing 50% market share since their introduction in 2019 (compared to four years for Wi-Fi 5). … END_OF_DOCUMENT_TOKEN_TO_BE_REPLACED