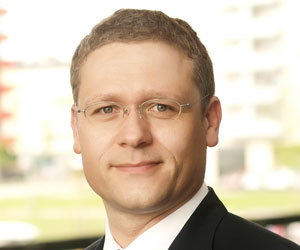 ZAGREB BUSINESS BREAKFAST. An additional 400,000 households are likely to adopt pay-TV services in Croatia in the next two years, by which time the market will be saturated, according to Nikola Francetic, operating director, content development and management sector, Hrvatski Telekom.

Speaking at the Zagreb Business Breakfast, organised jointly by Broadband TV News and Telenor Satellite Broadcasting, he added that the telco had 337,000 subscribers to its TV services as of the end of September, though the figure included not only the IPTV platform MAXtv but also Iskon TV, an IPTV operation owned by a Hrvatski Telekom subsidiary, and Hrvatski Telekom DTH subscribers.

Francetic also said that the telco is paying a lot of attention to on demand, which is an important aspect of customer choice and a revenue driver for the existing customer base.

Its future strategy will include “getting premium content as fast as possible to VOD”.

Wi-Fi 6 and Wi-Fi 6E client devices are entering the home in an unprecedented way, surpassing 50% market share since their introduction in 2019 (compared to four years for Wi-Fi 5). … END_OF_DOCUMENT_TOKEN_TO_BE_REPLACED