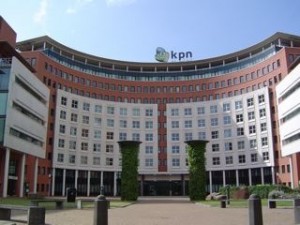 KPN is to acquire all fibre activities from Reggefiber and Reggeborgh investments. The Dutch incumbent takes over Reggefiber’s subsidiaries Glashart Media, Lijbrandt Telecom, ISP Fabriek and Reggefiber Wholesale. Reggeborgh is selling its ISPs XMS, Edutel and Concepts ICT to KPN.

KPN has been  a 41% share minority shareholder in Reggefiber since December 2009. The operator has also introduced an amendment to the Reggefiber joint venture with Reggeborgh that will shift ultimate control to KPN. The move is part of KPN’s strategy and will help further its goal of having a broadband market share of at least 45% by 2015. The acquisitions need regulatory approval.

With the deals, KPN will gain control of the company that builds the networks as well as a number of service providers that offer TV, broadband and telephony services to 110,000 customers.

Under the terms of the deal, KPN will hike its stake in Reggefiber to 60% from its current 41%, with Reggeborgh holding the remaining shares. The transaction will take place in two steps. There will first be a call/put option for an additional 10% for EUR 99 million, as soon as 1 million homes are connected at Reggefiber or by December 31, 2012.

The remaining 9% will be bought as soon as 1.5 million homes are connected at Reggefiber or by January 1, 2014. The exercise price here will range at EUR 116-161 million, depending on the level of capex efficiency reached at Reggefiber.

KPN operator said the moves being taken form a key part of its ongoing strategy to improve its broadband market share: KPN is targeting a >45% share of the segment by 2015. It hopes to reach this goal by foregrounding two key pillars for growth: 1) improving and differentiating the TV and broadband propositions; and 2) expanding the addressable market with a hybrid VDSL and FTHH network strategy.

“Today’s announcement forms an integral part of our wireline strategy. KPN believes that FTTH is an important long-term technology and provides regional strength in the medium-term. We see good results in the fibre areas with increasing broadband and TV market shares and we will continue to roll out FTTH in promising areas via the Reggefiber joint-venture,” said Eelco Blok, CEO KPN.

Reggefiber’s rollout plans will not change as a result of the acquisitions. Reggefiber wants to cover more than 20% of Dutch households in 2013. At the end of the third quarter, the operator had 844,000 homes passed, 687,000 homes connected and 240,000 homes activated.

Wi-Fi 6 and Wi-Fi 6E client devices are entering the home in an unprecedented way, surpassing 50% market share since their introduction in 2019 (compared to four years for Wi-Fi 5). … END_OF_DOCUMENT_TOKEN_TO_BE_REPLACED