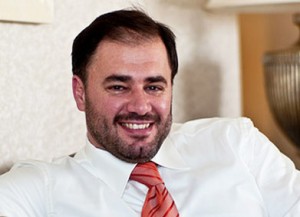 Al Jazeera has announced the departure of its director general of eight years, Wadah Khanfar. He will be succeeded by Sheikh Ahmad bin Jasem bin Muhammad Al Thani.

Speaking to staff, Khanfar said that he had served for a substantial period of time, and the network’s current success offered him the opportunity to leave having accomplished the vision he had set for Al Jazeera to be a globally recognized media institution.

Khanfar had approached Al Jazeera’s chairman with his intentions in July. His replacement, Shaikh Ahmed bin Jassim Al Thani, was identified one month ago, ensuring a smooth transition. The new director general will take over responsibilities from Wednesday, September 21.

Since Khanfar took over the reins at Al Jazeera in 2003, Al Jazeera became a media network from being a solitary Arabic news channel. It now includes Al Jazeera English, Al Jazeera Sport, Al Jazeera Mubasher and Al Jazeera Documentary. The Arabic and English news channels have been widely acclaimed for their coverage of the Arab awakening.

Khanfar said in a statement: “Upon my appointment I set a goal to establish Al Jazeera as global media leader. This target has been met and the organization is in a healthy position.

“This Network is great not because of me or any other individual, it is great because of its mission which carries on with all of its outstanding staff.

“My successor has the skills and attributes to maintain and build upon the quality journalism that Al Jazeera has become renowned for.”

His successor, Shaikh Ahmed bin Jassim Al Thani brings international and business experience to Al Jazeera. He has been a member of the most senior decision making body at Qatargas, where he led more than 247 capital projects.

He has industry experience in France and the USA and holds degrees from numerous institutions worldwide including Imperial College in the UK and the Carnegie Mellon Tepper School of Business. (The picture shows Wadah Khanfar)

Wi-Fi 6 and Wi-Fi 6E client devices are entering the home in an unprecedented way, surpassing 50% market share since their introduction in 2019 (compared to four years for Wi-Fi 5). … END_OF_DOCUMENT_TOKEN_TO_BE_REPLACED