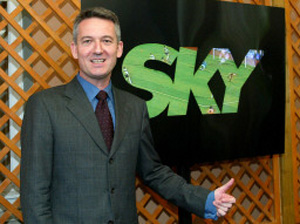 Tom Mockridge is to become the chief executive of News International, following the resignation of Rebekah Brooks as the phonehacking scandal continues to take its toll on News Corp’s UK newspaper operations.

Laura Cioli, chief operating Officer, and Domenico Labianca, chief finance officer, will replace Mockridge, who was also chief executive of News Corp’s European television operations outside of the UK, on an interim basis. Both will report into James Murdoch.

“Tom is an outstanding executive with unrivalled experience across our journalism and television businesses,” said Murdoch. “He has proven himself to be a very effective operator in his time at Sky Italia. Under his leadership, Sky has grown to become one of the world’s most successful pay TV businesses, reaching close to 5 million homes and launching channels like TG24 which has set a new standard for independent journalism in Italy.”

Joining News Corp in January 1991, working for News Limited in Australia, Mockridge was previously a spokesperson for the Australian government.  He is also a non-executive director of BSkyB and a member of the Supervisory Board of Sky Deutschland.

Wi-Fi 6 and Wi-Fi 6E client devices are entering the home in an unprecedented way, surpassing 50% market share since their introduction in 2019 (compared to four years for Wi-Fi 5). … END_OF_DOCUMENT_TOKEN_TO_BE_REPLACED