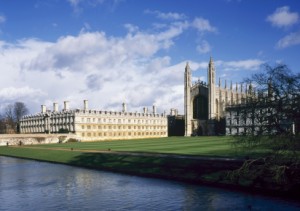 The BBC, BSkyB, BT, Nokia and Microsoft are among a group of partners launching a trial to assess the potential of TV white spaces to deliver cost-efficient broadband access to rural communities and offload wireless data demand in urban centres.

During the trial the consortium will see how mobile devices can tap into unused television channels amid concerns over the possible interference of LTE devices on the television spectrum.

The trial will take place in Cambridge, which has a long history in the development of communications technologies, and offers an environment suitable for the diverse testing of a TV white spaces network. The city has a mixture of buildings, such as stone structures of the city’s historic colleges which offer a unique opportunity to demonstrate the penetration of TV white spaces signals when compared with other higher frequency networks such as Wi-Fi. Although Wi-Fi access in Cambridge itself is good, there are difficulties in some of the villages that are only a few minutes drive from the city centre. Microsoft also has a sizeable presence in Cambridge.

Wi-Fi 6 and Wi-Fi 6E client devices are entering the home in an unprecedented way, surpassing 50% market share since their introduction in 2019 (compared to four years for Wi-Fi 5). … END_OF_DOCUMENT_TOKEN_TO_BE_REPLACED