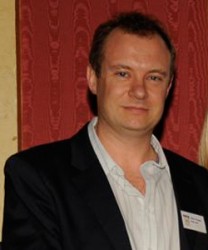 John Cassy has been appointed to the newly created position of director, Sky 3D. He will be replaced as director, Sky Arts, by James Hunt, the channel’s current head of programming.

Although it is inevitably the sports coverage that has received the headlines, Sky has been building a significant portfolio of 3D content in the arts. Upcoming highlights include the Isle of Wight Festival – the world’s first ever live 3D music festival; a recording of Kylie Minogue’s Aphrodite tour and the ballet Swan Lake. Cassy will look to further expand the 3D offering across film, live sports, factual, music, kids and event entertainment programming as well as working with Sky’s channel partners as they further embrace the 3D format.

“Everyone at Sky is extremely excited about the long-term opportunities of 3D and we’re intent on giving customers a whole new viewing experience,” said Cassy. “I’m delighted to be at the forefront of such an innovative and creatively exciting opportunity for Sky. Sky Arts has some fantastic plans in the pipeline and it will be a wrench to leave seven thoroughly enjoyable years but I’ll be cheering from the sidelines as it goes on to bigger and better things.”

Cassy will report to Barney Francis, managing director of Sky Sports, who oversees 3D on Sky’s executive board.

Wi-Fi 6 and Wi-Fi 6E client devices are entering the home in an unprecedented way, surpassing 50% market share since their introduction in 2019 (compared to four years for Wi-Fi 5). … END_OF_DOCUMENT_TOKEN_TO_BE_REPLACED