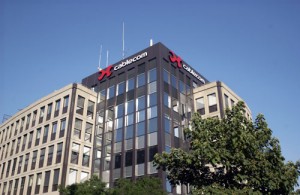 CABLE CONGRESS 2011 – LUCERNE. Cablecom has pushed and pulled the internet to its limits, the Swiss operator announcing it has achieved unparalleled speeds of 1.37 Gbps over a conventional coaxial television cable.

In the run up to the annual Cable Congress, held this week in the Swiss city of Lucerne, the Liberty Global-owned net was happy to declare speeds some 70 times faster than DSL alternatives.

Cablecom’s technology partner for the experiment was Cisco, which contributed its CMTS uBR10012 and uBR-MC3G60V broadband routers.

Speeds of 1.37 Gigabits per second make it possible to download an HD movie in less than five seconds, while the download of 100 of your favourite songs would take a mere second.

Wi-Fi 6 and Wi-Fi 6E client devices are entering the home in an unprecedented way, surpassing 50% market share since their introduction in 2019 (compared to four years for Wi-Fi 5). … END_OF_DOCUMENT_TOKEN_TO_BE_REPLACED