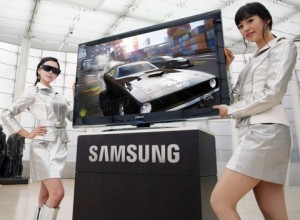 BSkyB’s chief engineer Chris Johns says higher than expected sales of 3DTV sets in the UK are also helping to increase the number of subscribers seeing the satcaster’s 3D channel.

Speaking at the DTG 3D conference in London Friday, Johns said initial expectations of 70,000 screens being sold by the end of 2010 had doubled to reached 140,000. He said Sky was committed to keeping Sky 3D at no extra cost to its top tier subscribers, while the increasing number of pubs showing the channel proved that screens do work in a multiple environment.

Johns said that Sky was pushing heavily for producers to commission content, the recent David Attenborough fronted Flying Monsters had gone from concept to screen in less than a year. Another Christmas treat, the 3D versions of Avatar and Toy Story had been seen on Sky 3D ahead of their Blu-ray release.

Sky itself was producing between two and three live events per week, including at least one Premier League match, while darts had become a surprise 3D hit. “Darts is a strange one,” admitted Johns. “I didn’t think it was going to work, but it gives you a chance to use smaller cameras you wouldn’t use normally.” In all 35 live events have been covered in the last year, including what Johns described as “a lot of finals.”

Johns said he believed Sky was the only broadcaster that had issued a set of guidelines on the techniques of 3D content capture. “If everyone sticks to these guidelines we’ll all be in a happy place. Getting a rugby ball bouncing out of a screen breaks all the rules, but it’s momentary and adds to the experience. If you read the rules you’ll know which ones you can break.”

Wi-Fi 6 and Wi-Fi 6E client devices are entering the home in an unprecedented way, surpassing 50% market share since their introduction in 2019 (compared to four years for Wi-Fi 5). … END_OF_DOCUMENT_TOKEN_TO_BE_REPLACED