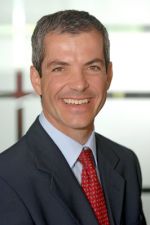 IBC 2010 – AMSTERDAM. Diego Massidda, director of video & connected, Vodafone Germany told his bosses if he could make a success of the IPTV business in Germany he could do so anywhere.

Speaking at a press lunch organized by NDS, which is supplying the telco with middleware and security for its ambitious project, Massidda said the project could be replicated in other markets.

The German venture is due to launch before Christmas, complete with a multi-tuner receiver that combines broadband delivery for on demand with cable or satellite for linear content. Those customers capable of receiving broadband speeds in excess of 10 Mbps would receive the most instantaneous service when it came to on demand content. Customers on 5 Mbps would be required to book their HD content to be downloaded to their hard drive at a later date, while being able to access standard definition content immediately. Those on 2 Mbps or less would have to pre-book both standard and high definition content.

Massidda said 90% of this could be replicated outside of Germany.

When it came to the choice of middleware, Vodafone replicated decisions already taken by Sky Deutschland, Kabel Deutschland and Kabel BW in choosing NDS. “We still believed we could define our own user interface and that we could make it better than what else is in the marketplace,” said Massidda. “But other suppliers were talking in years before they could do anything and NDS was much more supportive.”

Massidda said the pre-Christmas launch would be a major achievement in terms of the timeline involved.

Wi-Fi 6 and Wi-Fi 6E client devices are entering the home in an unprecedented way, surpassing 50% market share since their introduction in 2019 (compared to four years for Wi-Fi 5). … END_OF_DOCUMENT_TOKEN_TO_BE_REPLACED