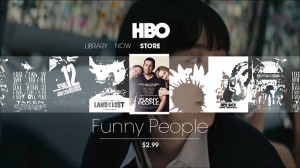 The sleek design of Snowflake by NDS forms the gateway's UI

Liberty Global has given details of its Multimedia Home Gateway and the technology partners it will work with to deliver the next generation device. The international cableco that runs UPC, Telenet and Unitymedia has brought in Samsung, Intel Corporation and NDS.

The multimedia home gateway will be an all IP platform capable of distributing video, voice and data throughout the home. Liberty Global is the first European operator to announce its intention to deploy such a device, the plans for which were initially made public by CEO Mike Fries at the CES technology expo in January.

Although Nagravision will be supplying the conditional access, Liberty Global has preferred NDS middleware to its current supplier, Nagravision’s sister company OpenTV. The Flash-based user interface (UI) will run on the next generation of the NDS MediaHighway middleware. It also marks the first European deployment of the NDS Snowflake interface. “The convergence of multiple platforms through one device will provide a truly unified experience for Liberty Global customers,” commented NDS President Dr Abe Peled.

The user interface will seamlessly integrate video content with widgets, apps and an advanced search and recommendation engine. The gateway itself will be powered by the Intel Atom CE Media Processor and is compatible with MoCA and Wi-Fi. It will also participate in the Digital Living Network Alliance (DLNA) ecosystem.

“This revolutionary platform will provide LGI’s customers in Europe with a groundbreaking new product that has long been anticipated but never delivered: a seamless, intuitive way for people to access their live, time-shifted, on-demand, and web-based content on the television,” said Fries.

The gateway will be introduced in the first half of 2011, joining Liberty’s existing set-top box inventory.

Wi-Fi 6 and Wi-Fi 6E client devices are entering the home in an unprecedented way, surpassing 50% market share since their introduction in 2019 (compared to four years for Wi-Fi 5). … END_OF_DOCUMENT_TOKEN_TO_BE_REPLACED