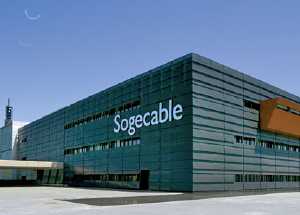 The protracted sales of process of the Spanish DTH platform Digital+ has taken a further twist, with the free-to-air channel Cuatro potentially a part of the package. The Berlusconi owned Mediaset has been named by the Italian press as a potential suitor with Telefonica on board as a local partner.

The former Sogecable shareholder, previously linked with a separate bid from Vivendi, is currently in hot water with Italian politicians over its refusal to sell the 10% stake it holds in Telecom Italia.

The debt laden Prisa took full control of Sogecable in March 2008. The prize had been Cuatro, with the company openly acknowledging that Digital+ was for sale, rejecting a €2.5 billion bid as inadequate. This new bid potentially brings Cuatro into play and a link with Berlusconi’s existing Spanish network Telecinco.

Despite Vivendi chief executive Jean-Bernard Levy telling his company’s AGM in May that the conditions for a takeover were not right, the French company maintains an interest in the satcaster, which would reunite it with its Canal+ brand in the Spanish market.

Wi-Fi 6 and Wi-Fi 6E client devices are entering the home in an unprecedented way, surpassing 50% market share since their introduction in 2019 (compared to four years for Wi-Fi 5). … END_OF_DOCUMENT_TOKEN_TO_BE_REPLACED