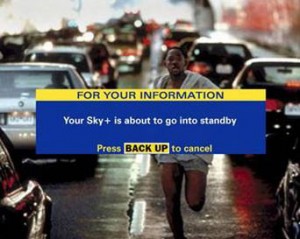 Sky is downloading a software update to its Sky+ boxes that will put them into standby after four hours of inactivity.

Sky+ receivers have used the NDS developed technology since the middle of 2007, entering standby if no keystrokes are detected from the remote control for a two-hour period between 23.00 and 03.30. The new daytime functionality will work on a four-hour inactivity period.

Those with a need to keep channels permanently on display, for example pubs and sports clubs or city trading rooms, can disable the feature under the Services menu of the EPG. The recording function remains unaffected.

Sky estimates that its energy efficiency measures can save approximately 90,000 tonnes of CO2 per year, representing a total financial saving to its subscribers of £12 million (€13 million) per year.

The move is the latest energy saving initiative from the industry. Earlier this month UPC Broadband announced a new generation of ‘green’ set-top boxes in conjunction with suppliers Cisco, Pace and Thomson.

Wi-Fi 6 and Wi-Fi 6E client devices are entering the home in an unprecedented way, surpassing 50% market share since their introduction in 2019 (compared to four years for Wi-Fi 5). … END_OF_DOCUMENT_TOKEN_TO_BE_REPLACED