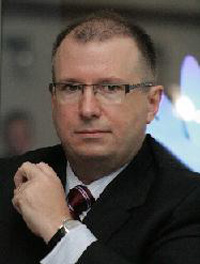 Liberty Global is looking to expand its operations in Poland, with Aster, the country’s fourth largest cable operator, a possible take-over target.

However, he also added that any consolidation in the Polish cable market – a deal between UPC and Aster would be the biggest for some time – could still be some months off and dependent on the state of the financial markets.

UPC’s admission that it may be looking to expand in Poland, and indeed elsewhere in CEE, comes less than a month after it was revealed that the company is in talks to sell its operation in Slovenia.

Wi-Fi 6 and Wi-Fi 6E client devices are entering the home in an unprecedented way, surpassing 50% market share since their introduction in 2019 (compared to four years for Wi-Fi 5). … END_OF_DOCUMENT_TOKEN_TO_BE_REPLACED