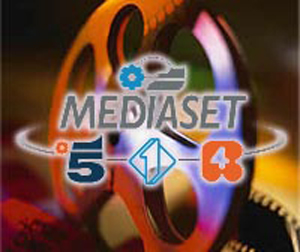 Italy’s new centre-right government has proposed that Mediaset be allowed to keep its analogue frequencies, used to broadcast the popular Rete4, until the completion of digital switchover in 2012.
The move follows the decision in January by the European Court of Justice that ruled Italy’s system for the allocation of broadcast frequencies was in breach of European law. Earlier an Italian court had rejected a compensation claim by Europa 7, which had been awarded rights to commence analogue broadcasting in 1999, but had not be able to commence broadcasting because it was not allocated a frequency.

The family of prime minster Silvio Berlusconi holds a controlling stake in Mediaset and the intervention by the government will bring back memories of the controversial Gaspari Law under a previous Berlusconi led administration.

At the time the centre-left opposition objected to the law, claiming that it had been specifically drafted in favour of Berlusconi’s Mediaset.

Former communication minister Paolo Gentiloni said that Mediaset must move one of its channels to the digital format by the end of 2009 and broadcasters should be prepared for a final move to digital by 2012.

Separately, Mediaset has acquired a 25% stake in Nessma TV, the Tunisian-based satellite channel launched in the spring of 2007 by the Karoui&Karoui World Group.

Wi-Fi 6 and Wi-Fi 6E client devices are entering the home in an unprecedented way, surpassing 50% market share since their introduction in 2019 (compared to four years for Wi-Fi 5). … END_OF_DOCUMENT_TOKEN_TO_BE_REPLACED